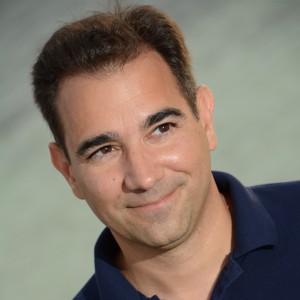 Guillaume  is a successful French serial entrepreneur who moved to the U.S. four years ago with his wife and four kids after five very successful ventures in Europe. Prior to moving to California, Guillaume founded BlueFoxContent, a leading and growing content provider for digital-out-of-home screens that serves content to more than 100 million people per day. Prior, he also created several successful telecom companies.

Digital Signage and Telecom are part of Guillaume’s DNA.

Founded in 2015, BlueFox.io was awarded Startup of the Year 2016 by the French American Chamber of Commerce and received the 2017 Murphy Award by the Silicon Valley Chamber of Commerce for its outstanding Retail Technology as well as numerous awards at NRF, CES, SXSW, ISETAN (Japan), PLUGANDPLAY, etc…

BlueFox.io technology allows brands, retailers and even smart cities to count foot traffic in real time and to engage with people on their mobile devices with no apps and no beacons.

Guillaume’s original ideas are to count people by counting mobile phones and to provide actionable real-time data and mobile customer engagement in a world that deals with beacons and apps which are losing their relevance. Guillaume is also known to be a true advocate of privacy-friendly solutions, which helped and helps BueFox.io earn the trust of major brands, retailers and cities.