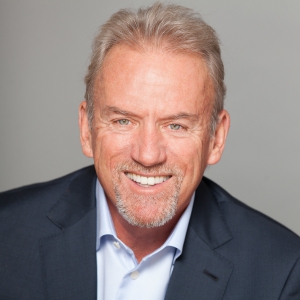 Kevin Gleason joined Adams Outdoor Advertising in 1987 and became President/CEO in 1991. A graduate of Rhode Island School of Design, he worked in various advertising and media sales capacities before joining Adams.

In 2014, Adams partnered with GTCR Private Equity to acquire Fairway Outdoor Advertising, another leading Out of Home provider in the eastern half of the United States. Adams + Fairway focuses on optimizing revenues from over thirty thousand billboard assets by driving return for their clients.

Mr. Gleason is also active in the wine industry, having created Refugio Ranch Vineyards, a 5000-case vineyard and winery operation located in Santa Ynez, California. Their 2010 vintage of Barbareno, a Syrah/Petit Syrah blend, was rated #40 in “Top 100 Wines in the World” by Wine Enthusiast.